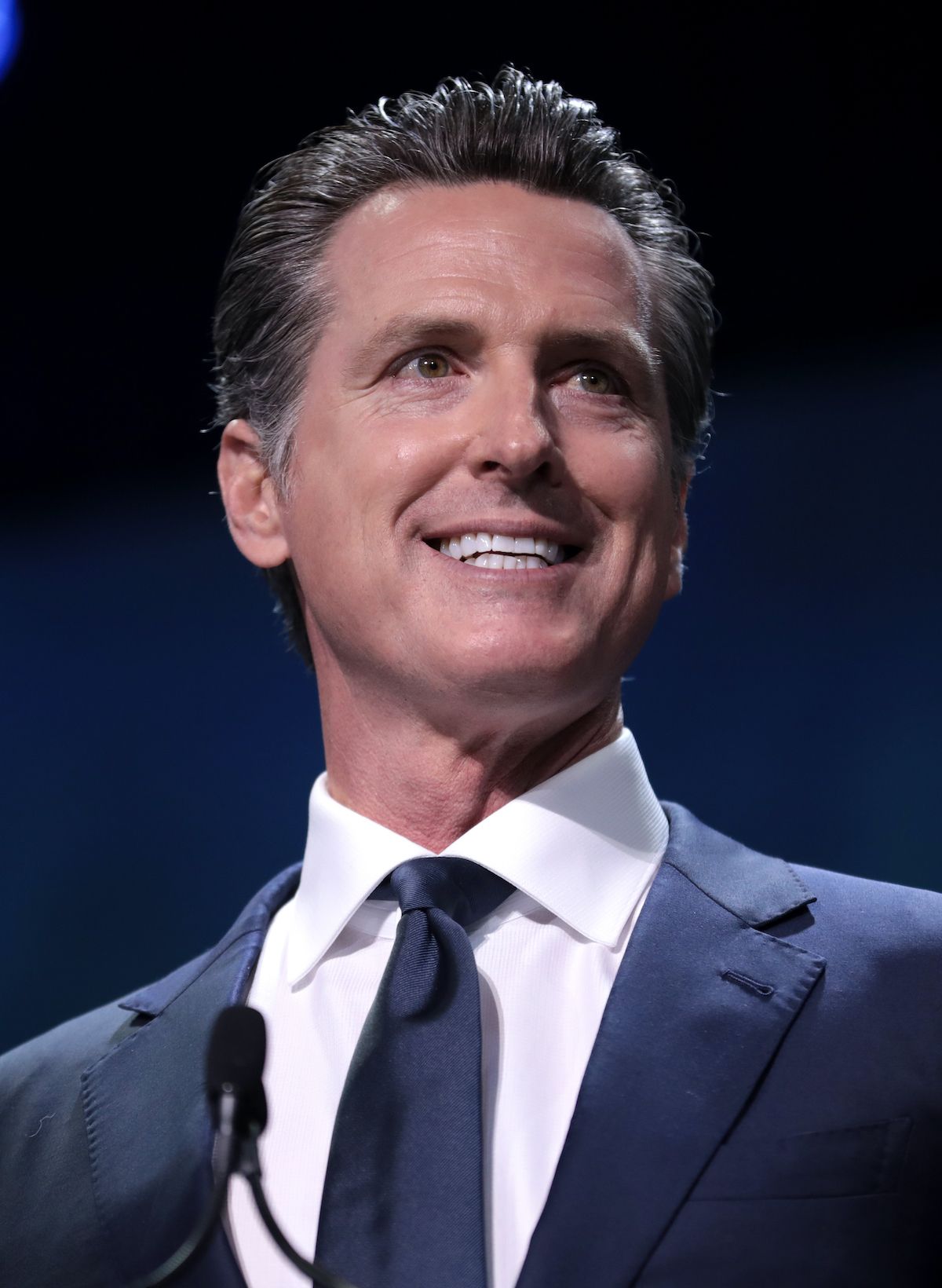 It was looking a little lonely on the tarmac when President Donald Trump arrived in California this morning to be briefed about record-breaking wildfires that have burned an area the size of Connecticut, killed two dozen people and blanketed the West Coast with smoke. Not a single California state official greeted Trump as he stepped off the plane at an airfield in Sacramento County.

Gov. Gavin Newsom was in a hangar nearby, and promptly met with Trump and several fire officials. But his absence at the steps of Air Force One revealed the latest move in what’s become the Democratic governor’s delicate dance with the Republican president who is both a tantalizing political foil — and a key link to aid the state needs as disasters mount.

“We’re obviously from different sides of the spectrum, but we have a very good relationship.”

Then, inside the hangar where Newsom (wearing a mask) and Trump (not wearing a mask) met with emergency officials, the governor also took a cordial tone.

“I want to thank you and acknowledge the work that you’ve done to be immediate in terms of your response,” Newsom told Trump.

Newsom said they agree on the need to thin more trees and delicately lectured Trump about global warming driving the frequency and intensity of wildfires.

“Climate change is real and that is exacerbating this,” Newsom said.

The dynamic between Newsom and Trump has turned out to be one of the major surprises of Newsom’s short time as governor. Newsom won office in 2018 positioning himself as the antithesis of Trump, and pledged to lead a “resistance state.” But his tenure has been marked by an extraordinary spate of disasters — catastrophic wildfires, the deadly coronavirus pandemic, a decimated state budget and record unemployment — that have required cooperation between two men who once cast each other as clowns.

Newsom has repeatedly praised Trump’s disaster aid for California, saying he wants to put political differences aside when problems need to be solved. But it’s involved a bit of whiplash. He recently called their relationship “very effective” in responding to emergencies — just the day after he dissed Trump for saying California wildfires were due to insufficient forest raking. He talked last week about a productive phone call with Trump, even as he criticized the federal government for a lack of action on climate change.

It’s a fine line to walk, and Newsom has occasionally slipped, by being so nice that he gave ammunition to a political opponent. While heaping praise on Trump for sending a batch of coronavirus test kits in April, Newsom used one of the president’s campaign slogans – “Promises made, promises kept” — and promptly found himself in an ad for Trump’s reelection.

Newsom’s approach today — meeting with Trump to discuss forest management and climate change, but not appearing in any chummy-looking photo ops in front of Air Force One — suggests that he is trying to thread the needle. On the one hand, he needs to demonstrate apolitical leadership amid disaster, but also avoid looking too bipartisan in an election year when he’s campaigning for Trump’s Democratic rival.

“It’s a carefully-considered, carefully-orchestrated tango with the president that the governor has no choice but to participate in,” said Nathan Ballard, a Democratic political consultant who worked for Newsom when he was San Francisco mayor.

Though Newsom disagrees with Trump “about almost everything under the sun,” Ballard said, “it is vital for the governor’s constituents that he continues to play ball with the president during these unprecedented disasters.”

While Newsom and Trump kept things cordial, Newsom’s environmental deputies got into a terse exchange with the president.

Wade Crowfoot, Newsom’s secretary of natural resources, emphasized the unprecedented heat and warming trend, saying: “If we ignore that science and put our head in the sand…we are not going to succeed together protecting Californians.”

Crowfoot shot back, “I wish science agreed with you.”

Demonstrators — of both parties — outside the meeting said they understand why Newsom plays nice with Trump.

Wearing a red Trump hat and a T-shirt depicting the president urinating on CNN, Lance Caster said Newsom’s approach makes sense to him, even though he doesn’t like it.

“It depends on what he wants. When he doesn’t like what Donald’s doing, he bad mouths him, and when he wants something, he’s really nice,” said Caster, a Republican who works as a truck driver and lives in the Sacramento suburb of Citrus Heights.

They said they became homeless three weeks ago when the Walbridge fire burned down the Sonoma County house they’d lived in for decades.

Hegland, a novelist, said Trump’s policies are destroying the environment and allowing Americans to die from the coronavirus. But she thinks Newsom, for the most part, has handled Trump well.

“He could stand up more,” she said. “But the challenge is, California needs things from that administration. And so he’s got a really delicate balance between expressing his ardent beliefs about all these issues that matter so much, and still finding a way to get along with an insane man.”

Most Californians believe climate change is “extremely important” or “very important” to them personally, according to a Public Policy Institute of California survey last month, and just one-fifth of the state’s likely voters said they trust the federal government to handle environmental issues. Not surprisingly in this overwhelmingly blue state, 70% of voters said Joe Biden would be better than Trump on environmental policy.

The Democratic presidential candidate emphasized his commitment to the issue during a speech today in Delaware, painting a picture of what he called the “punishing reality of climate change” — from hurricane Sally already inundating the Gulf Coast to the wildfires devastating the West.

As smoke and hazardous air continue to choke California, Oregon and Washington, Biden said that people are caught between risking infection by relocating during the coronavirus pandemic, or risking asthma attacks from the air.

“It shouldn’t be so bad that millions of Americans live in the shadow of an orange sky, and they’re left asking, ‘Is doomsday here?’” he said.

Biden called out Trump’s contentious relationship with California, alluding to recent allegations by a former Homeland Security official who said Trump wanted to withhold aid to California because the state didn’t vote for him in 2016.

“This is another crisis,” Biden said. “Another crisis he won’t take responsibility for. The West is literally on fire. And he blames the people whose homes and communities are burning.”