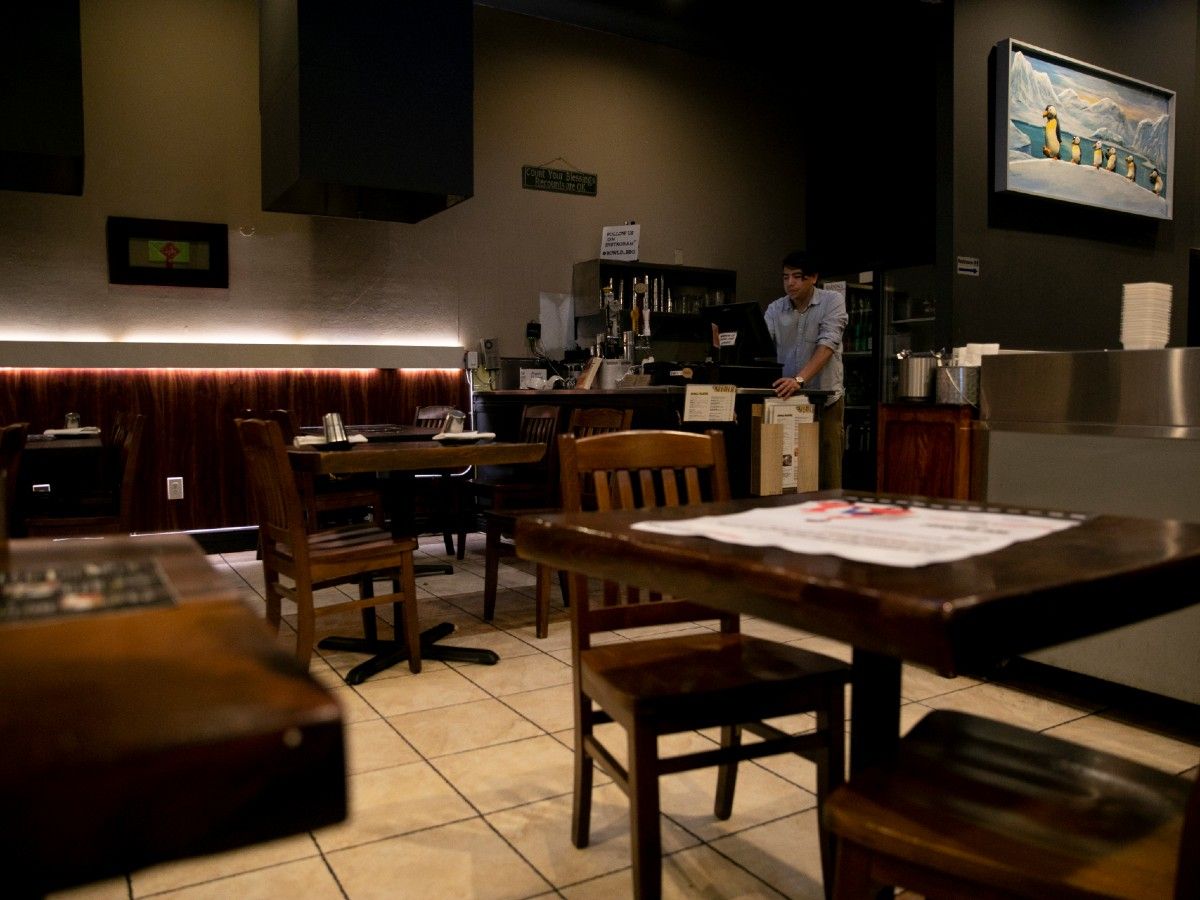 “It’s something I wouldn’t have thought of that I’d be doing, so yeah, it’s a little weird when your employer says, ‘OK, yeah, you should file for unemployment,’” said Josephine, who is — or, was — a kitchen manager and teaching assistant at a preschool in Santa Rosa.

She asked us not to use her real name. The school shuttered, she’s been furloughed, and now she emails with managers and coworkers to talk about payroll and how they’re doing.

“But it doesn’t actually feel like I’m not employed,” she said. “It's just we’re in this big waiting game and if I need money to support myself during this time, and unemployment’s going to be the way to get it…”

Josephine said staff were told paid sick and vacation hours could be used to stand in for a paycheck. And to mark themselves as “temporarily unemployed” if they filed a claim.

“I tried filing for unemployment, but the online process is a bit confusing,” she said. “I keep trying to find the button to like, OK, file a claim, and then it takes you to another page that’s like, OK, here’s how to file a claim, but I haven’t found the actual document that I’m supposed to fill out.”

Josephine may not be the most representative of laid-off workers. She’s got bills, but no monthly rent. But local organizations are working to reach those struggling during COVID-19. Mara Ventura, executive director of North Bay Jobs with Justice, focuses on those falling through the cracks.

“The first thing we did was ensure that folks could call us to get information about how or what they might be eligible for and walk them through the paperwork if they needed that. And we provide that in Spanish and in English,” she said.

Their website lists info about new qualifications for unemployment benefits, including reduced hours due to the outbreak. There are also resources on state disability insurance, the Family and Medical Leave Act and paid sick leave.

“... Because people should not be having to worry about medical debt at a time like this and deciding between going into a hospital or clinic to get care and not, because at this point, that’s not just about the workers, it’s about a huge public health risk,” Ventura said.

North Bay Jobs with Justice helped launch UndocuFund in 2017 during the Tubbs Fire, to aid immigrants who, if undocumented, were ineligible for assistance through the Federal Emergency Management Agency, or FEMA.

UndocuFund reactivated in the wake of coronavirus to provide disaster relief funds for undocumented people in Sonoma County who won’t receive federal stimulus checks through the CARES Act.

“They’re going through the same thing that many other millions of workers are in terms of losing work, but they will not be eligible for so many of the programs that other workers will be able to get a hold of,” Ventura said.

Coping with the coronavirus pandemic is a communal experience, but job loss means different things for different people. So many applied for aid that UndocuFund has closed its waitlist for now. Meanwhile, other groups rise to meet the county’s needs.

More information about Sonoma County COVID-19 resources can be found at norcalpublicmedia.org.